What is a Third-Party Claim in a Workers Compensation Case?

Sometimes, injured workers can file a third-party claim in a workers’ compensation case. This allows them to seek and recover additional compensation beyond what is available through their employer’s insurer. In most cases, workers’ comp only covers medical care and a portion of lost income. A third-party claim or lawsuit could allow an injured worker to recover pain and suffering losses and other damages, as well.

The best way to learn whether a third-party claim may be possible in your case is by talking to a workers’ compensation lawyer. They can assess your options and determine whether a negligent third-party caused or contributed to your injuries.

What is a Third-Party Claim? 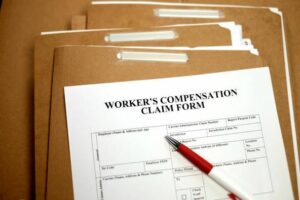 Most states prevent workers from suing their employer or co-workers for injuries sustained on the job. This is the purpose of workers’ compensation insurance. It provides a way for the employee to get treatment, care, and some income while they recover from their injuries while protecting employers from lawsuits.

However, many on-the-job injuries do not occur because of an employer or co-worker. Workers’ compensation insurance is no-fault. It should pay out no matter who caused the incident or injuries. However, in many cases, the worker can also file a fault-based claim against the third party who caused the accident.

A third-party claim in workers’ compensation is based on negligence. If you can show that another party acted carelessly or recklessly and this caused your injuries, you can likely file a claim or lawsuit against them to recover compensation. Thanks to certain legal doctrines, these cases often hold other companies legally responsible because their workers acted negligently and caused injuries.

When is a Third-Party Claim Possible in a Workers’ Compensation Case?

You may be able to file a third-party claim in a workers’ compensation case if you can identify a liable party who caused your accident and injuries outside of your employer or a co-worker. This is more common than many people realize. For example:

A Los Angeles workers compensation attorney familiar with workplace injury and workers’ compensation cases in your area can assess your options for free. They can discuss the circumstances that led to your injuries with you and offer preliminary advice about pursuing a third-party claim in your workers’ comp case.

What Do I Have to Prove to Win a Third-Party Case?

Third-party workplace injury cases are negligence claims. They require the victim to show that another party acted negligently, and this caused their accident and injuries. There are four elements necessary to show negligence occurred:

Imagine you were driving a delivery van on your usual route. Another driver ran a red light and hit you in the side of your van. You suffered a broken right leg and required surgery. You missed 12 weeks of work.

To recover compensation for you in a third-party claim, your attorney will need to collect the police report, eyewitness statements, and other documents to show:

How Does a Third-Party Payout Affect My Workers’ Comp? 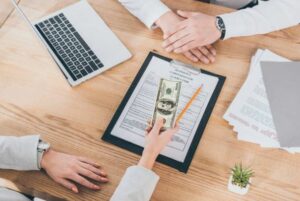 In some cases, the workers’ compensation insurance carrier may pursue a third-party claim if you don’t. This is possible through a process called subrogation. Subrogation occurs when one insurer covers costs that another party is legally responsible for paying. The insurer demands fair compensation for the money they paid and handles the process of negotiating a settlement or going to trial. The money recovered by the insurer could include:

However, this is not possible in all states. Nor is it the best option for many injured workers. You want to ensure you recover fair and just compensation for your injuries, not worry about how to help the insurance company’s bottom line. A Los Angeles personal injury attorney can explain the laws near you and what you should do to get justice in your case.

At KJT Law Group, we provide free initial consultations for workers hurt on the job. We help them navigate the workers’ compensation claims process and pursue third-party claims in workers’ compensation cases when possible. Our team understands how these cases work and how to recover the maximum compensation available for our clients with workplace injuries. Contact us online or via phone at (818) 507-8525 today.